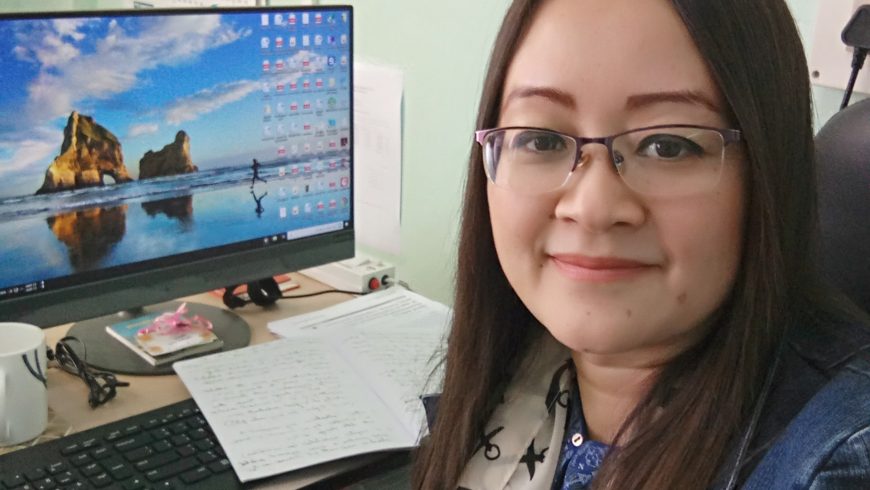 Dr. Reena Haobam is an Assistant Professor in the Department of Biotechnology, Manipur University since 2009 with specialization in Biochemistry, Neuroscience and Stem cell biology. She has been working in various fields of medical science and human health. She completed her graduation from Teresian College, Mysuru and post-graduation in Biochemistry from Manipur University with a gold medal in 2002. She pursued her Ph.D. work on the topic “Neural transplantation in experimental models of Parkinson’s disease” at the CSIR-Indian Institute of Chemical Biology, Kolkata under the supervision of Dr. K.P. Mohanakumar, and got her degree from Jadavpur University, Kolkata in 2010. She had been a lecturer for a brief period in Manipur College, Imphal before joining the Manipur University. She was awarded the ICMR-JRF, UGC-JRF in 2003 and DBT-Travel award in 2006.

Research areas that she is actively engaged in include genomics and epigenetics of drug dependence, identification of new and existing variants of MDR-TB in the north eastern region of India, and exploration of neuroprotective compounds from natural sources. Being from a neuroscience background with Ph.D. in the field, much of her interests revolves around the same but not limited to it. She has set up her laboratory infrastructure to accommodate molecular biology, genetics and animal cell culture research. She has a sound touch in drug addiction/ substance dependence genetics. Drug dependence is one of the major causes of familial, social, legal, medical and economic problems along with loss of human resource. Drug-related problems are continuously on the rise in spite of numerous efforts of the government and the social organisations to put a halt to it. Springing from a number of complex factors including individual genetics, identifying causal/ associated factors is necessary for curbing the menace of addiction. Thus, one of the main focuses of her research work is to identify population/ ethnic specific polymorphisms that are likely to contribute to addiction. Some of the interesting findings of her team’s work include evidence of genetic susceptibility towards heroin addiction in ethnic population from Manipur. OPRM1, DAT1/SLC6A3 and DRD2 genes are found to be associated with heroin use disorder in the small unique population. Her team is the first to report association of heroin use disorder with DAT1 marker rs246997 and 11R of 3’utr VNTR (rs28363170). For the first time, 13R allele (7R/13R genotype) and 14R allele (7R/14R genotype) were identified for intron 8 VNTR (rs3836790) through their study. She is also working towards understanding the epigenetics underlying the disease of addiction. Recently, they have initiated works on DNA methylation analysis of some of the key genes associated with drug addiction.

She is also actively exploring antioxidant and neuroprotective properties of various natural compounds derived from plants. The north-eastern region is one of the biodiversity hotspots of the world and adventuring into the medicinal uses of the immense natural products with a more scientific approach is promising.

Further, with over 1 million cases per year, India is the country with the highest burden of both TB and MDR-TB. She has thus extended her research in understanding MDR-TB among people of North-eastern India as well. In collaboration with four other institutes, she is actively engaged in identification of the prevailing variants, and new variants of MDR-TB in the north eastern region of India, which will contribute to development of better treatment strategies for TB and MDR-TB.

Her continuous efforts to promote science and better research environment earned her various funding for research projects from DBT and ICMR. She has completed two extramural research projects, and two other research projects are still underway. In line with one of the main goals of DST, she is thriving to promote transfer of technical skills and know-how of various advanced research in the north-eastern region. She has collaborations with ICGEB (New Delhi), MRIH (Kolkata), Agartala Government Medical College, Naga hospital Authority (Kohima), IBSD (Imphal) and JNIMS (Imphal). She is a member of various scientific societies such as International Society of Neurochemistry (ISN), Society of Biological Chemists, India (SBC), Indian Science Congress Association, India (ISCA) and Environmental Mutagen Society of India (EMSI).

Apart from research, she is actively engaged in various teaching platforms including Massive Open Online Courses (MOOCs) where she participated as the Course Coordinator for a course on “Immunology”, and as a Resource person for the development of 24 modules on Immunology and Biochemistry. She has delivered few invited talks and attended numerous workshops, seminars and conferences at national and international levels.

Her lab members include six Ph.D. scholars and two project fellows. She has so far published nine original research papers, four book chapters and three abstracts. Her works have been cited in over 313 research items. She also has a patent application on “Treatment of Brain Disorders” Pub. No.: US 2009/0143388 A1. She continues to strive towards excellence and betterment of the society. 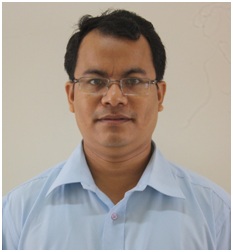 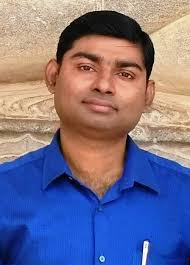