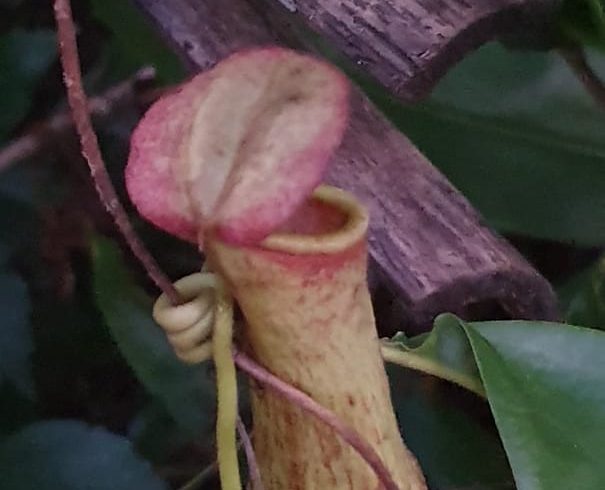 We diverted our route from Bahalpur, a small settlement just crossing the Champawati river, towards Kokrajhar. This south bound glacial river originates in the far reaches of the Bhutanese mountain. During this winter, I saw calm waters flowing gently down into the river Brahmaputra. The Bahalpur-Kokrajhar road is serpentine and runs northward. In our sojourn, first we crossed a moist deciduous forest and then a huge rubber plantation. Our road then entered through the Choibari tea estate. Like Alice’s Wonderland, the mesmerizing beauty of the road and the green ambience of the tea leaves reflected in an evening sunlight evoked transcendence in me. I read the road signs. After about an hour’s drive, we reached Nayekgaon. Apurba, a young, jubilant medical technician of our team steered the vehicle. To my indication, the turbo engine of the vehicle was halted by Apurba with a screech on the freshly laid bitumen covered road. That marked the end of our journey. I boarded down and saw the sky; it was clear, sun was about to set and light was dim. The Garmin e-trax’s signal receiver gave me my position as N 26.36466 and E 90.38696 at 3 meters resolution. This was our destination and I reached it with our four member team.

I am in search of a carnivorous plant, also known as tropical pitcher plant or monkey cups or Kalsi udvid that lured me since my childhood. I have heard many stories about giant man-eating plants in Africa. I read western comic strips that demonized giant carnivorous plants; graphics depicted leaves in exaggerated size entwining explorers to devour! That is fact or fiction is still obscure like the Loch Ness monster of Scotland. But I know, carnivorous plants exist in the wilderness of north-east India, which is an active and rich biodiversity hotspot. During my early years of natural history studies, I collected and reared an aquatic carnivorous plant, Utricularia aka bladderwort, locally known as Janjori bon. But pitcher plant has attracted me more than else. The pitcher plant was first discovered in the middle of the 17th century by Governor Flacourt. That was followed by Paul Hermann, a Sri Lankan physician who reported about this unique carnivorous plant. And then there was a queue: many wild species of pitcher plants were discovered from the tropical and subtropical belt of the eastern hemisphere ranging from New Caledonia to the west of Malagasy, encompassing a vast geographical area (between 20° north to 20° south latitude), which includes northern Australia, New Guinea, Indonesia, the Philippines, Sri Lanka and Eastern India (Meghalaya).

Pitcher plants belong to the family Nepenthaceae. The genus Nepenthes contains 127 natural and hybrid species all over the world. The celebrated British botanist, Sir Joseph Dalton Hooker in his quest for new plant species came to Khasia mountain. In his memoir ‘The Himalayan Journals; or Notes of a Naturalist in Bengal, the Sikkim and Nepal Himalayas, the Khasia mountains &c.’ Vol.1, published in 1891, Hooker wrote about the discovery of pitcher plant [in Jaintia hills]. In his own words, ‘…..Though so much lower, this country, from the barrenness of the soil, is more thinly inhabited than the Khasia. The pitcher plant (Nepenthes) grows on stony and grassy hills about Amwee, and crawls along the ground; its pitchers seldom contain insects in the wild state, nor can we suggest any special function for the wonderful organ it possesses…..’. I intently read the narration in page no. 514 of the Journal. The species Nepenthes khasiana was discovered by Hooker and named after him in the year 1873. Carnivorous plant experts say, there are approximately 700 species of such plants under 15 genera of 9 families of dicotyledonous plants. Fortunately, in India, five genera of carnivorous plants are reported with 44 species, of which Nepenthes is the single genus with only one species endemic to Balphkaram, Nokrek, Sutunga, Jarain, Bapung, Maheshkhola, Bagmara, Siju and Lawbah in the state of Meghalaya. The plant is variously known in Meghalaya such as Tiew rakot (Khasi, demon flower or devouring plant), Kset phare (Jaintia, kset meaning net with lid, phare meaning a fly) and Memang koksi (Garo, basket of the devil). In its last assessment during 2014 and published in 2015, the IUCN Red List of Threatened Species has categorised N. khasiana Hook. f. under Endangered category list due to intense biotic interference, habitat destruction, especially rat-hole coal mining and habitat fragmentation. It is listed under the Appendix I of CITES and Negative List of Exports of the Government of India. In its natural habitat, Nepenthes is a prostrate (what Hooker saw in his Jaintia hills travel) to scandent or rarely erect herb, under shrub or shrub. It is also associated with other natural plants of humid environment. N. khasiana is seldom reported outside its natural habitat. However, recently a natural patch has been recorded from Vaitang Hebron village of Upper Kharthong (N 25º 19′ 46.03″, E 92º 49′ 13.57″) of Dima Hasao district of Assam. About twenty years ago, I saw a small patch of Nepenthes (probably introduced) inside the eastern boundary of the Assam State Zoo cum Botanical Garden near a pond. The habitat was humid and ideal then. At Orchid Research Centre in Tipi, West Kameng District of Arunachal Pradesh, a big hoarding portrays the introduction of N. khasiana in 2013 to educate visitors about this carnivorous plant. The plants were reared in a few pots and one planted under a shade tree. After formal permission, I had several vain attempts by squinting my eyes to locate any trapped insect inside. Instead, I saw several dark coloured round patches faintly visible near the bottom of the pitcher. I lamented, if only I had an ophthalmic endoscope to explore the inside world of pitchers! ‘Those tiny structures are the enzyme secreting glands of the pitcher, which digest the chitinous skeleton of the insect. There is a complex biochemical process behind this simple explanation’ told by one botanist friend later. I asked ‘chitinase? He nodded and explained,  “Actually, there are small and fine arrangements inside the pitcher pointing downwards. When an insect is attracted, it gradually moves inside. The downward structures prevent escape of the insect, this is how it is trapped. Next step is a complex biochemistry inside the pitcher, like a protein enriched soup in your kitchen” – he smiled sheepishly. One question that pestered me was – How the insects are attracted?

As we unloaded our digital camera and electronic gadgets from the vehicle, early evening darkness was stealthily engulfing us. A fresh breeze from the nearby forest welcomed the team. We went behind an old building of the rubber factory. There stood a tall creeper-like pitcher plant entwined with an unnamed tree. It had sprawling reddish-green, mottled pitchers still visible in dim light. They were dangling from the tip of the leaf blades from knee height to about eight feet up. I said, “a perfect place and time to see insects’ activity and how they are drawn to the pitcher”. Dr. Dipankar Das, a dedicated ophthalmologist of our team was busy capturing digital images of the pitchers with needle sharp precision. The sight of pitchers bewildered him. With every click, he expressed his joy, thanked the wonders of nature and the weird way evolution has worked. Equipped with a macro lens, I readied my camera in video mode focussing at a pitcher. Only a few moments elapsed with excitement. Then, two small white coloured moth-like insects appeared from the bush and started hovering around the rim of the pitcher as if scripted for my shot. Once the bigger one moved below the lid, remained there for some moments and then returned back. Luck favoured him! My jaw fell down with awe. I documented the entire drama of nature.

Later when we reviewed the footage in laboratory, we could not find any visual clue to the insect attractants. Scientists discovered that under ultraviolet radiation a blue coloured fluorescence is visible around the pitcher’s rim. This naturally works as an insect attractant. The strong sunlight masks this blue fluorescence during day time. Probably, those small moth-like insects I saw were attracted by this blue fluorescence of the pitcher, only insects have the receptors to visualise and navigate towards this death trap! Evolution of Nepenthes is not properly understood yet. Evolutionary botanists have theorized that the genus was very old and originated before the breakup of Gondwana in the late Cretaceous period. Plants generally acquire carbon-di-oxide and water and synthesize their food in presence of sunlight. There are parasitic plants and saprophytes. But Nepenthes’s way of acquiring extra element is very interesting. Leaves have undergone profound modifications. While the anterior tip has modified into a tendril-like structure, further modification led to pitcher formation with enzyme secreting glands. And, yet the tip has modified into a lid-like decorative shade. Popular believe that the lid closes over the rim once the pitcher traps an insect is not true. Scientists say, habitat specificity defines regional distributions. Nepenthes’s carnivory has both costs and benefits, too. According to Aaron M. Ellison and Lubomir Adamec, two experts on carnivorous plants -‘the biomass or quantity of prey captured by each plant and the efficiency of prey use are the principal factors, which determines the ecological benefits and evolutionary fitness of carnivory in natural conditions’. Still I do have one question, if the chitinase enzymes are so active in pitchers, can this not be characterized biotechnologically to develop an antifungal agent, because disease causing fungi also contain chitin in their cell wall?

The third member of our team was a lady who arranged the logistic support of the travel. She said, “various enzyme-rich soup in the pitchers are like the spice pots of our Indian kitchen. Their proper proportion is the secret of every Indian tasty cuisine. Likewise, if the secret of this soup is biotechnologically intervened, there may be a new discovery in medicine.” We all nodded. Probably this is the reason why eighteenth century naturalists regarded the carnivorous plants as miracula naturae.

Orchid Research Centre at Tippi, in the West Kameng District of Arunachal Pradesh. The Centre contains a large number of rare orchids

The hoarding at the ORC describes the details of N. khasiana that has been introduced in the Centre. Every year large numbers of visitors come here to see the pitcher plant.

Nepenthes planted under a shade tree at the ORC, Tippi.

Nepenthes planted in a tub at the ORC, Tippi.

A pitcher of N. khasiana from ORC, Tippi.

Photograph of eminent botanist and naturalist, Sir Joseph Dalton Hooker, K.C.S.I., C.B., M.D., D.C.L., F.R.S. This photograph is reproduced from the Himalayan Journal, Vol. 1, authored by Hooker. Originally published by Ward, Lock, Bowden and Co., London, the Himalayan Journalhas been reprinted several times since 1891. The two monumental volumes is a narrative of the authors’ arduous travel in the search of new plant species in Bengal, Sikkim, Nepal Himalayas, and the north east India.

The author is a Professor and teaches Parasitology at the College of Veterinary Science of Assam Agricultural University in Khanapara , Guwahati. 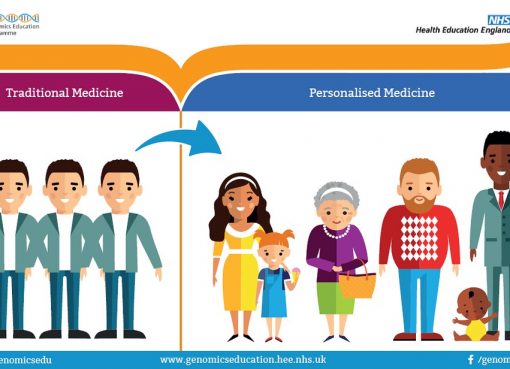 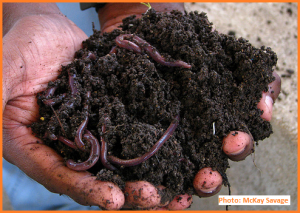 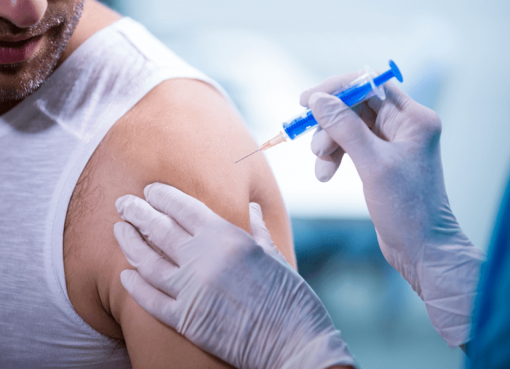 Hospital-acquired infection: A threat to human being