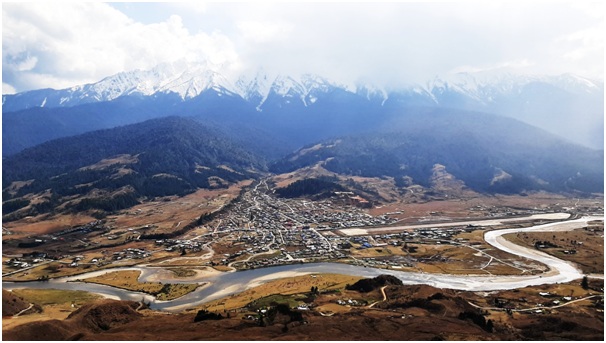 Menchukha is a small town rested at an elevation of about 1500 to 3600 m MSL in the Shi-Yomi District of Arunachal Pradesh. It lies between 28°35’42.3” and 28°35’58.3” North Latitude; and 94°08’39.2″ and 94°07’57.2″ East Longitude. After Menchukha, the MCMAHON border separates Indian and Chinese territory. It is situated in a forest valley, surrounded by pine trees and thorn bushes. The mighty river Yargyapachu flows through the valley. Menchukha is 180 kilometres Northwest of Along and only 29 kilometres away from the Indo-Chinese border.

The name Men-Chu-Kha means ‘medicinal water of snow’, where Men is medicine, Chu is water and Kha is snow. This valley is inhabited mostly by indigenous Memba (Tibeto-mongoloid ethnic group) and Ramo (Sub-tribe of Adi). Other local tribe includes Tagin in minority. The religion practiced among these tribes is Buddhism, Donyi-poloism and Christianity.

This article narrates the observations of two days field survey conducted in and around the Menchukha Town to accumulate preliminary information on some of the most prevalent and significant plant species. The hiking started at a lower elevation of about 1500 m MSL and covered up to 3000 m MSL and also covered nearby areas including Dorjeeling, Dechangthang village and Hanuman camp. The herbaria of plants were deposited to the Department of Botany, Rajiv Gandhi University. Identification of plant species collected during the field was done by consulting flora monographs and by comparing herbaria of Botanical Survey of India, Arunachal Pradesh Regional Centre.

The terrains of this region were covered with sub-tropical broadleaf and sub-tropical pine (Pinus roxburghii and Pinus wallichiana) forest on the lower slopes and river gorges to sub-alpine forest in the higher reaches. In nearby areas of Menchukha town, the plant species such as Alnus, Rubus, Mallotus, Acer, Begonia, Magnolia, Rhododendron, Primula, Pedicularis, Acmella, Meconopsis and bamboos (Arundinaria sp. and Chimonobambusa sp.) were distributed throughout the valley.

Among the many other plants that were collected and identified, the most prevalent plant species were Rhododendron arboreum, Rhododendron sp., Michelia sp., Quercus sp., Abies sp., Pinus wallichiana, Cinnamomum obtusifolium, Agapetis sp., Impatiens sp., Clamadias sp., Rubus calisiana, and Magnolia sp. Interestingly, many endangered and endemic plant species with high medicinal value were also observed during the trip. For instance, Illicium griffithii, which is considered to be a threatened species in Arunachal Pradesh was abundantly distributed in the region. Owing to its commercial demand as spice and pharmaceuticals, the dried seeds and fruit/pods of this plant have high economic value. The Membas of this valley locally call it Sangbumb, and use it to produce a sacred smoke which they believe purifies the surrounding air. Also, Taxus wallichiana, locally called Teysing is a threatened and medicinally very important plant species. The leaves of this species are edible and nutritious, and are used as fodder for Yak. The Fruits of this plant have red fleshy aril, with a single nut-like seed. They are wind-pollinated, while the seed germination is poor in this species.

Most of the high mountain treks were covered with snow, thereby could observe the subalpine vegetation. However, the valleys were all brownish-green with an ample number of diverse species of herbs such as Acmella paniculate, Acorus calamus, Anaphalis sp., Drymaria cordata, Euphorbia wallichi, Anemon sp., Houttuynia cordata, Lycopodium sp., Oxalis corniculate, Polygonum mole, plantago major, Pedicularis gracilis, Pouzolzia sp., Rubia cordifoloa and several species of Primula and shrubs such as Clamatis sp., Rosa brunonii, Junierus squamata, Rubus ellipticus, Embelia sp. and several species of Rhododendron. The valley has favourable weather conditions for flourishing vegetation. Most of the households visited had a well-cultivated vegetable home garden in the yards along with fruit trees (such as peach, pear, etc.) which were blooming as there was onset of spring season at the time of visit.

During this visit, exotic or invasive plant species such as Lantana camera, Bidens pilosa, Emelia sp. etc. were not sighted anywhere in the valley, which signifies the intactness and viability of locally grown plants. This, in turn, acts as a boon not only for the valley as stated but also for the researchers to have quarantine guidelines considering the future introduction of any exotic plant species. Besides, we have observed that many plant species were poorly represented in their original location, either due to the disturbance of naïve habitats or excessive collections by locals. If the current practice of anthropogenic intervention continues, even the unrecorded species of immense value may disappear in future. Additionally, overgrazing by several herds of animals was one of the most destructive activities observed during the trip. For instance, the natural habitat of precious plants such as Aconitum, Swertia, etc. has been destroyed by grazing. 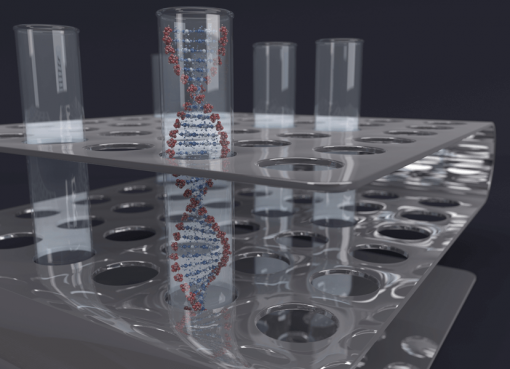 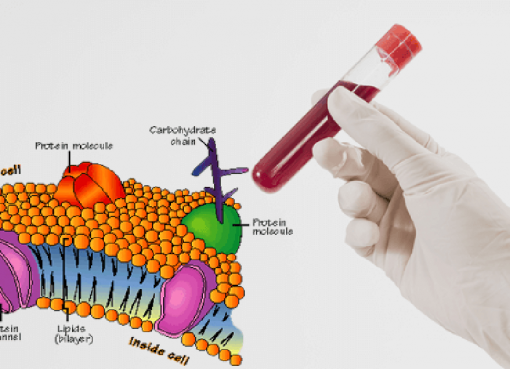 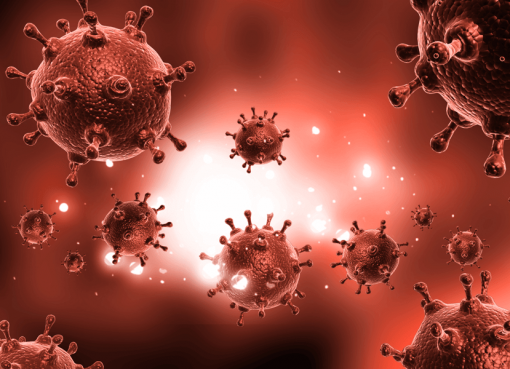